Advantages and limitations of prototype molds 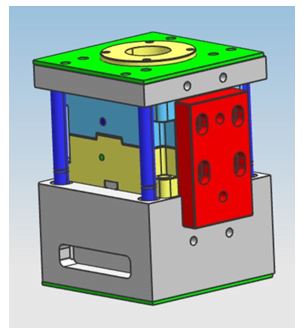 Advantages and limitations of prototype molds

We will introduce you to some advantages and limitations of this prototype mold technology so that you can make an informed choice.

As its name suggests, a prototype mold is designed for the rapid production of prototypes classified as ‘right material’ and of small to medium series of plastic parts up to their thousands. This method was specially designed to economically and quickly produce samples, prototypes, and small series. The injected part properties are the same as with a series mold but the life span of the latter is reduced. This technology will be preferred to the silicone mold when the number of parts is substantial or for information on industrialization.

This rapid tooling consists of two mold bases and custom cavity plates. Only the cavity plates are machined, generally from aluminium or soft steel alloy. 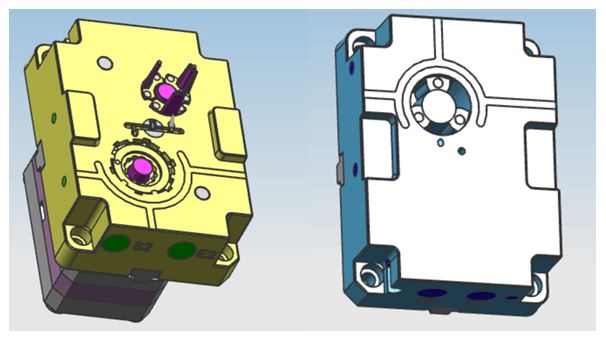 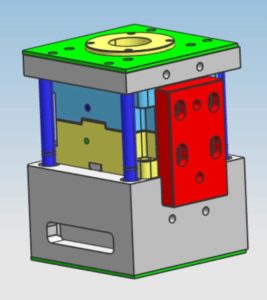 Limit the concept risk: made out of aluminium or soft metal alloy, the concept risk is greatly lowered. This material is indeed easier to machine than metal and the mold will not include all the functionalities of the first series. This makes it simpler and easier to make adjustments and modifications on the cavities if necessary. During the prototyping stage and for the production of pilot and transition series, this greater flexibility is a huge advantage.

Accelerate the concept: the mold manufacturing process is greatly accelerated and your first ‘right material’ parts produced in a shorter amount of time, usually between 2-4 weeks. Depending on the complexity of the cavities, it would also be 20%-40% faster than a machine and 5-10 times faster to polish than steel series molds. That’s an interesting solution to increase speed.

Limit the financial risk: although plastic injection molding is the most expensive prototyping technology, going for a prototype mold to produce your parts will limit the initial investment. It will indeed allow for the production of several thousand parts (up to 150/200 with a silicon mold) in a relatively short period of time. The mold remains your property and you can use it to produce fragmented small series of plastic parts.

Longer process: Although it’s quicker than standard injection molding, it is still a longer process than some of our other prototype technologies as you will need to manufacture a mold and then inject the parts. Quicker prototyping technologies are 3D printing, SLA and Vacuum Casting.

Production constraints: given the required investment, this method will be more profitable for the production of larger quantities. It is not advised for less than 100 parts. On the other side, it will not fit for mass production; it is a bridge between the prototyping and mass production stages.

Plastic injection: the plastic injection, even in the context of prototyping and small series production, will require very specific qualifications. From the beginning of the project, it is important to choose a trustworthy partner. A preliminary stage using a silicon mold can sometimes be required.

Want to know more about this technology?

Prototype molds for injection molding will ultimately appear as the bridge between your prototyping and mass production stages. Do not hesitate to contact us with any questions regarding any project you may have.