Definition and history of vacuum casting

Vacuum casting, or vacuum duplication with a silicone mold, is the combination of two distinct methods: vacuum casting on the one hand and flexible molds on the other hand. This combination is made possible by the development of silicone resin, the material from which the mold is made. Added to this are polyurethanes, which mimic the properties of the materials used in mass production. This has contributed to the success of this method, now widely used in pre-series productions or small series for visual, assembly, functional, mechanical and market testing.

The first silicone resins were developed in 1943, but it was not until the 1960s that the technology of plastic vacuum casting using silicone molds was developed in the technical universities of Dresden and Cottbus in the former GDR (German Democratic Republic).

This process is a combination of conventional and well-known technologies: vacuum casting had already long been used, and flexible molds such as natural rubber have also been used for many years by restorers and sculptors to make molds of reliefs or sculptures without damaging them. Silicone resin and its heat resistance properties, in particular, made it possible to combine the two methods to use silicone molds as a method for vacuum casting.

Originally unknown in Europe, the technology was sold to Japan in the 1970s, where it was principally used in the automotive industry. It was then reintroduced in Europe, where it is now used in the R&D departments of almost all major production companies.

In the 1980s, thermosetting plastics were developed, which were then used in vacuum casting. These plastics perfectly mimic the appearance and properties of materials used in mass production, allowing a breakthrough in vacuum duplication using silicone molds. Since the 1980s, based on this concept, other processes, automation, and accessories were developed, guaranteeing simple, fast and cost-effective management of the system, which ensured the success of this method. 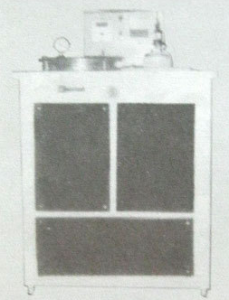 Vacuum casting or vacuum duplication consists of first creating a model by stereolithography, CNC machining or 3D printing. This model is used to create silicone mold. Once the mold has been made, the molding is performed by vacuum injection, using a vacuum casting machine: a polyurethane resin is injected into the silicone mold using the machine, which cures under the heat. Once the part has cured, the mold is removed and the operation can be repeated several dozen times.

The value of this technique is the ability to re-use the silicone mold and obtain prototypes perfectly identical to the model, using materials close to the right material. This makes it ideal for pre-series or small-scale productions. The prototypes obtained are completely identical and of very good quality.

There is also a large choice of hardnesses, materials, and even the possibility of painting or dyeing in the mass, or adding an overmolding of inserts. This method is also particularly suited when the geometry of the part is difficult to mold due to the elasticity of the silicone mold. Finally, it is less expensive than molding with a steel mold.