Our 3D prototypes according to your different needs

Our 3D prototypes according to your different needs

The majority of the rapid prototyping projects and small series of plastic parts that we create can be divided into four categories:

First of all, we make prototypes or models in the technical sense of the term. This category of rapid prototyping aims to validate the geometrical and mechanical characteristics. Thus, it is possible during this stage to ensure the ergonomics and physical properties of 3D parts and modify them if necessary. Once the technical validations have been performed, the prototypes allow a move to the industrial stages.

The production of series parts follows that of prototype parts. These 3D prototypes are mainly used by the R&D and marketing departments. Our technologies allow the rapid and faithful representation of your models. For this type of file, the production times of the parts and small series, as well as the precision involved, are important parameters. Vacuum duplication and 3D machining are therefore commonly used to produce these parts. 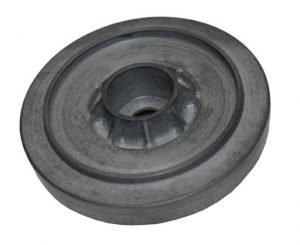 Photo of a prototype for industrial validation

Secondly, we produce parts that will be sold or used as-is. They are generally intended for end consumers. Our prototyping techniques are then used for the series production of small quantities. The plastic parts must, therefore, be visually and functionally correct. For example, they are objects for one-off events (fairs, product launches, sporting events, etc.). They are also finished products intended for a restricted market (niches, launch tests, etc.) whose quantity is generally too low to justify the creation of an injection mold. These projects require the services of a prototypist whose main task is to design parts that are as close as possible to series parts. 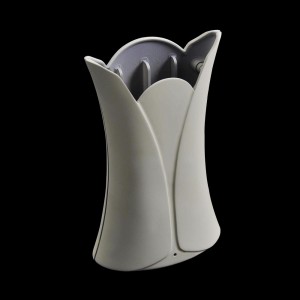 Photo of a small series of parts sold for an odour diffuser.

Thirdly, we design cosmetic parts. These are not intended to be industrialized or to be sold. They are used by designers and artists. The design and visual rendering are therefore very important. These parts generally require the presence of excellent finishes, such as polished-mirror, matte effect, soft-touch, etc., and sometimes the presence of multiple finishes on the same part (e.g. sandblasting and polished-mirror).

Photo of a lamp project

We will discuss these four different categories in the next news.