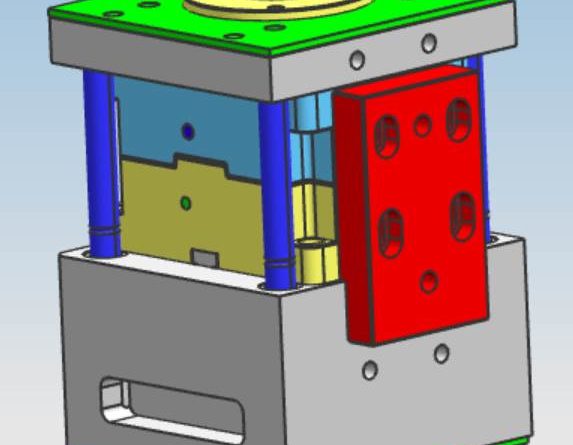 Plastic injection molds can be used for both rapid prototyping and end-use production of plastic parts. Be it for a pilot series of 200 to millions of parts, the injection process will mostly remain the same. Plastic injection molding your prototypes, small or pilot series, will enable you to produce affordable, functional and mechanical parts close to the reality. The difference will lie in the mold itself. We then distinguish between a prototype mold (also called rapid tooling) and mass production mold (also called mass tooling). 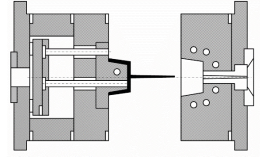 There are several kinds of plastic injection molds according to the number of parts to be produced and their functions. The molds are the core part of the injection process from the molding to the ejection of the part.

You will generally use a prototype mold to produce small series of plastic injected parts from around 200 to a few thousand. The structure of the mold is simplified and optimized so as to accelerate the manufacturing process and lower the overall cost. This kind of mold consists of a standard interchangeable metal mold base and customized aluminium core and cavity inserts. The latter is manufactured your by CNC machining. Machining aluminium is easier and faster, it is also more flexible in case you need to modify or adapt the design. The ejection, guiding, cooling and thermic regulation functions are simplified and using aluminium lowers the injection cycles. 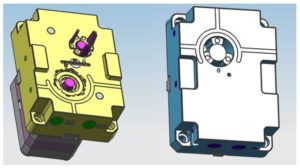 Mass production molds are used to produce large scale series of plastic injected parts in their thousands up to several million. The structure of the molds is more complex and is manufactured using robust, high quality steel with components to fit with long-term mass production. This would integrate all the traditional functions such as precise alimentation and guiding, advanced temperature regulation etc. This also means much higher development costs and longer manufacturing process. 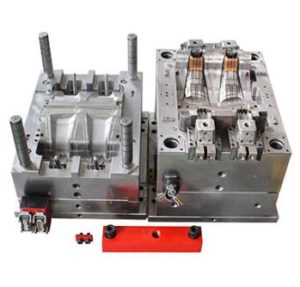 From single visual to high end small pilot series of plastic prototype parts, Prototech has always strived to offer you the most flexible and cost-efficient solution to your prototyping needs. Our rapid production delay and affordable aluminum prototyping molds enable to reduce concept risks and lower production costs for your prototypes and small series. For more information or for any project you may have please contact us by filling the form on our contact page.